Choosing Your Word For The Year

Many years ago I came up with the idea of making a conscious choice to choose your word for the year. As humans we are trained to set a goal or a new year's resolution for the upcoming year. Then we punish ourselves when we do not live up to that expectation. In choosing a word for the year it trains our mind to keep our head in the solution and not the problem. It also helps us with practicing mindfulness. When we are struggling during the year with an issue we can focus on
79 views0 comments 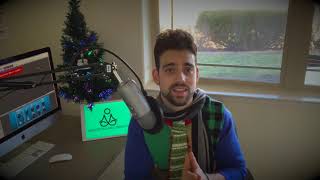 Minutes of Mindfulness Series Episode #43: How to Stay Mindful During the Holidays

Happy Holidays to you and your family! We sincerely hope your next few weeks are full of family, friends and special holiday memories! Today we are going to talk about how to stay mindful during another stressful holiday season. We all know that for some, the holidays are tough, but it doesn’t have to be that way this year. Find out how being mindful of our thoughts can set us up for our best holiday season in years!!! Thank you as always for watching and we can’t wait to see
8 views0 comments
Brad Krause (Guest Blogger)

5 Things You Should Know About Self-Neglect

Self-neglect is something we do every day without realizing it. Staying awake until midnight to make sure tomorrow is perfect for our kids, eating on-the-go, and stressing over things we can’t change are just part of today’s world. But it shouldn't be that way. If you want to be the best version of yourself, you have to know how to take care of you. Here are five things you should know about self-neglect and how to change your habits for the better. 1. Clutter makes it harder
38 views0 comments 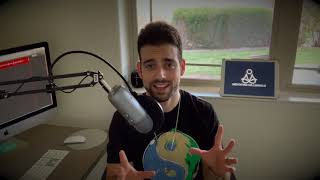 Minutes of Mindfulness Series Episode #40: Stop Running from Yourself!

Why do we meditate??? Is it to “feel” a certain way? Is it to “be” a certain way? Is it because we can’t stand ourselves anymore? It’s interesting that many of us came to meditation by way of pain and sorrow and yet, even those who have been practicing for years still don’t like who they are…. For JC, he started meditating because he was tired of being trapped in his head all the time but in reality, is that really the right reason to meditate? He thinks NOT! In today’s episo
2 views0 comments 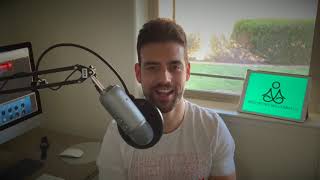 Minutes of Mindfulness Series Episode #39: How Long Should We Meditate?

How long should we meditate each day...? No matter how long we’ve been meditating, the answer to this question can be very complicated. With opinions ranging anywhere from 10 minutes to 1 hour, who’s to say what’s best? There is science supporting how long we should meditate but the meditation journey is a very personal one and what works for one person might not work for everyone else. We can however, use science and the process of trial and error to help us find the right a
1 view0 comments
JC Conway

How to Stop Being So Grumpy: the 21 day gratitude challenge

Humans are naturally pessimistic. Think about it… Millions of years ago, it didn’t exactly serve our ancestors well to be cheerful, curious and unassuming. Humans who weren’t pessimistic didn’t last long in the age of our prehistoric ancestors because back then, it only took one instance of poor judgement to end up as a saber tooth tiger’s lunch. Because the stakes for survival used to be much higher, most of our ancient relatives had to survive by keeping one eye focused on
13 views0 comments
JC Conway

If you’re like me and you love rap music, then you know that 2018 has been a banner year. With album releases from industry greats like Mac Miller, Lil Wayne, Lupe Fiasco, Logic, T.I. and my personal favorite, J. Cole, 2018 has given long-time rap fans a year to remember! For those of you who don’t know a lot about rap I can tell you this: rap is NOT simply about drugs, money and violence. There are, of course, rappers who only rap about cars and money, but then there are rap
24 views0 comments 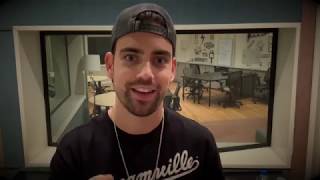 Minutes of Mindfulness Series Episode #37: How to be in the Moment: deep study leads to deep presenc

One of the hardest things to do in life is cultivate presence away from the meditation cushion. In our 37th episode of the Minutes of Mindfulness Series JC is going to teach you that cultivating presence can be as easy as practicing concentration. In other words, intense study can lead to intense presence… Sometimes the best way to be in the moment is to be curious about the moment and on this episode, JC shows you how concentration helps to create curiosity. We hope you take
7 views0 comments
Leigh Hurst

When We Need Meditation The Most: a cautionary tale of a meditator who lost his way

I’m not going to lie, the past couple of days have been some of the most challenging days I've had in the last 4 years. Not because anything monumental happened in my life like a family death or the loss of a job—although I've had my share of both of those in the last few years—but because to tell you the truth, I’m just feeling down. I haven’t felt this down on myself since the last time I battled with depression back in 2011 and the feeling of being helpless is one I don’t
9 views0 comments
Leigh Hurst

The Magic of Giving Big

I’ll be honest… I wanted to start this blog with a quote that I had written down after listening to a book a few years back but after rummaging through my stuff and scouring the internet for 30 minutes, I’ve come up empty handed. So let me do my best to see what I can remember from memory as it’s been several years since I last read the quote but to this day I still live by its principles. It goes something like this: “In order to receive, I must first give. In order to live
12 views0 comments
Leigh Hurst

How Grumpy People Can Make You More Mindful

We all have one... You know, the person that instantly makes our skin crawl. The person that we avoid because they always seems to say something rude. The person who disagrees with just about everything we do just because they don’t like us… Life is full of challenges that we must face and dealing with difficult people is no different. Whether our arch nemesis lives at home or at the office, life will inevitably force us to deal with these difficult people. So then the questi
13 views0 comments 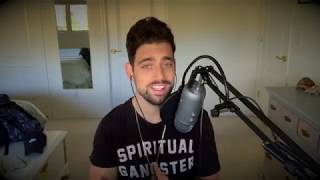 Minutes of Mindfulness Series Episode #33: Where Is Your Mind?

WELCOME and THANK you for watching today’s episode of the Minutes of Mindfulness Series! They say that those who live in the past often suffer from depression and those who live in the future suffer from anxiety. Fortunately, with meditation we can see where the mind is at in any given moment. So, when our mind is fixated on the future we can wake up and come back to the moment. And that’s what we’re going to teach you on todays’ show! Through our meditation practice, JC is g
5 views0 comments
JC Conway

Mindfulness Can Help You Save Schrödinger’s Cat!

Thank goodness for Audible! You see, my whole life I’ve suffered from A.D.D. and ever since my childhood, reading has been incredibly challenging. I can remember when I was about 13 reading “Harry Potter” in my room late at night using headphones and a beanie to block out the sound because any noise would throw me off the page. My A.D.D made it impossible to concentrate and because of this, reading was pretty much off the table for most my life. With Audible though, I’m able
16 views1 comment 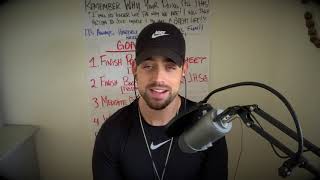 Minutes of Mindfulness Series Episode #32: Fail Like a Boss!

Hello and WELCOME to the 32ndepisode of the Minutes of Mindfulness Series! Today we revisit one of our favorite subjects: FAILURE! This week JC shows you his list of weekly goals and teaches us that sometimes it’s ok to leave your to-do list unfinished. Find out how writing down goals and failing to complete them still makes us better in this quick 6-minute video. Finally, what are your thoughts on failure? How do you treat yourself when you fail? Are you afraid to fail? Why?
5 views0 comments 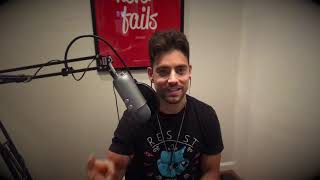 Hello everyone and WELCOME to our 31stepisode of the Minutes of Mindfulness Series! This week’s episode was inspired Mr. Jim Rohn!! If you
1 view0 comments
JC Conway

By stripping away one ritual after another, we are building a more resilient and flexible mediation practice that’s will sustain us much lon
8 views0 comments 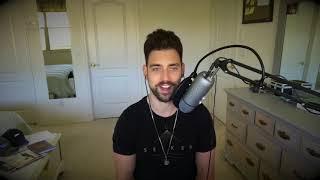 Today’s episode is all about feeling how we feel! Most of us, no matter how long we have been meditating or how good we are at it, can’t st
4 views0 comments
JC Conway

So, you just finished your first meditation session. Congratulations! NOW WHAT?
9 views0 comments 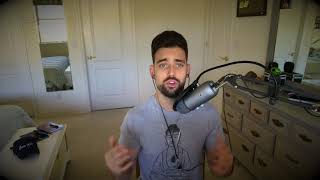 Minutes of Mindfulness Series Episode #29: Mental Illness is the Cancer of our Generation